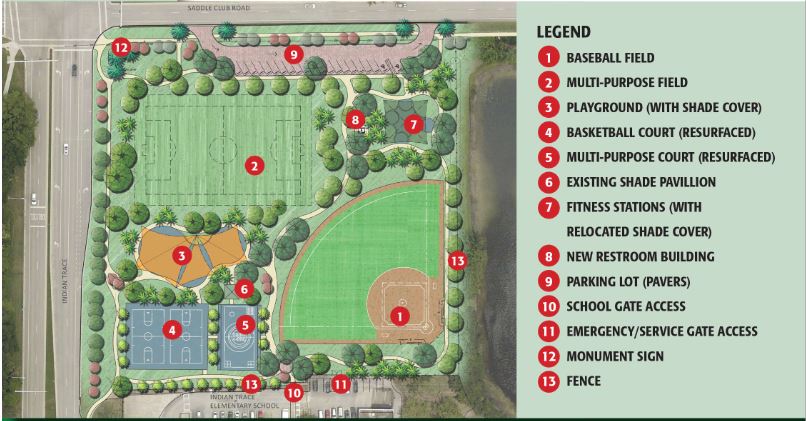 The former facilities were sparse to say the least and it is hoped that the improvements will create a desire for area residents to utilize the enhanced amenities and enjoy the provided easy access to the newly upgraded facility.

Renovations include the following highlights:

Dedicated parking, accessed from Saddle Club Road, will allow park use without intrusion on the Indian Trace Elementary School campus. There are ADA improvements to the park along with modifications to existing drainage, water, and sewer infrastructure.

Park users will also enjoy lighted walkways, improved open spaces and a convenient restroom.  The courts are not lit at night so as not to disturb nearby neighborhoods, and there are no bleachers as the fields are not intended for organized sports leagues.  Indian Trace Park is a neighborhood park and fields are for use on a first-come, first-serve basis by residents, families and visitors.

Construction began in late November 2018.  The park opened to the public on September 7, 2019.

View photos of park progress and new improvements - And then please go and enjoy! 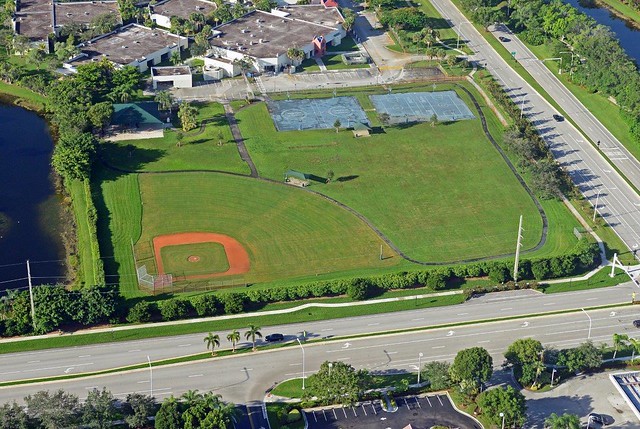 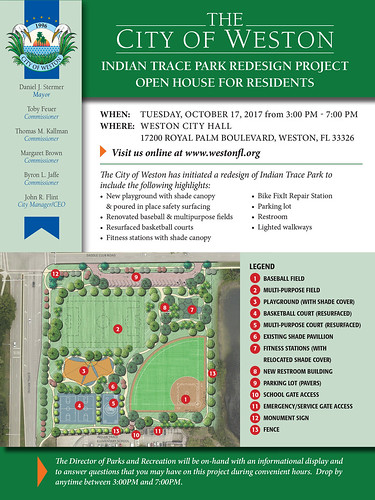