On July 7, 1997, Weston's first City Commission adopted a Resolution appointing John R. Flint to serve as City Manager of the newly incorporated City of Weston. Tremendous growth, accomplishments and accolades later, in January of 2019 Mr. Flint announced his plans to retire on or about October 2019.

With that announcement began the succession planning for a new City Manager. After a five month process that brought forward over 70+ candidates, the selection process came down to the night of June 20th at a Special Meeting of the City Commission with a final candidate list of seven individuals.

Mr. Donald P. Decker was selected by a unanimous vote of the City Commission.  The selection is subject to the negotiation of a mutually acceptable employment agreement by the City Attorney and the candidate.

Mr. Decker is well versed in the City's capital projects being responsible for the operations of the City's 14 park facilities, also year-round special events, community programming, liaison to the Weston Arts Council and the Weston Sports Alliance and a Board Member of the Weston YMCA.

Mr. Decker and his wife Laura moved to Weston in 1998 and their children have grown up  in Weston schools with Laura an active PTA mom: Tyler will be a junior at Cypress Bay and Grace will start 8th grade at Falcon Cove Middle at the start of this school year.

Mr. Decker is invested in and devoted to Weston.  When asked about his appointment he stated, “I am truly humbled by the City Commission’s support of me and the rest of our team, and I look forward to continuing to serve this community that has been our home for over 20 years.”

He looks forward to the prestigious opportunity of being the next City Manager of Weston. 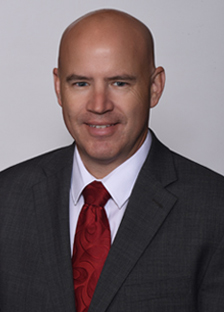